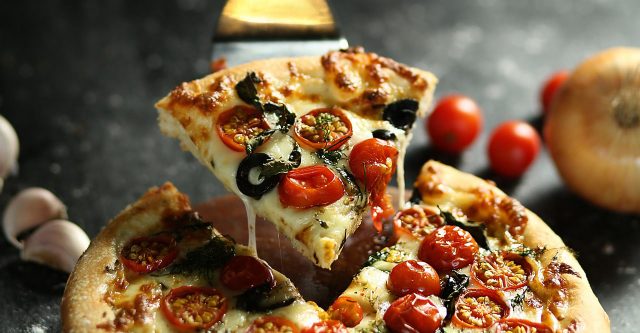 Pizza slice being picked up.

What’s impossible? For some it’s walking in space without a spacesuit, swimming across the entire Pacific ocean. For others it’s getting an “A” on a test, for the plant-based brand Impossible, it’s making plant-based products that taste like meat. Impossible strives to offer an alternative for those who have health concerns around animal protein and those who would like to go vegan due to ethical reasons but can’t bring themselves to stop eating meat. In the past, Impossible has shown up at White Castles nationwide and as a Whopper at Burger King. Now Impossible is back on the menu, this time at Little Caesars on the new Impossible Supreme Pizza.

To continue succeeding in the market a business has to continue to please and attract customers, the nationwide pizza chain, Little Caesars knows that healthier eating is becoming a more important issue in today’s society and decided to capitalize off of that. “We’ve been watching the alternative meat trend continue to grow over the years, and we just feel we might be at a tipping point,” [1] said Ed Gleich, Little Caesars’ chief innovation officer.

Gleich went on to explain how they had specifically chosen the three different locations for Impossible pizzas due to their awareness levels of Impossible’s plant-based meat products. If the product is successful at the three cities, then Little Caesars plans on selling Impossible pizzas at more places towards the end of 2019. “We wouldn’t test it unless we were predisposed to thinking it could win. So our intent is, if it is successful, we absolutely plan to expand it,” Gleich said. “Towards the end of year would be the earliest we could do it.”