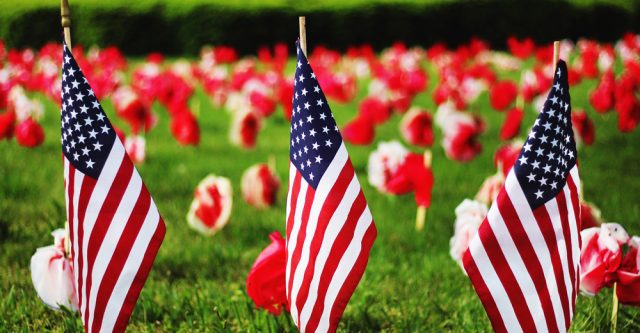 In 1868 General John Logan called for a national day to remember those who had served in the U.S. military. With “the purpose of strewing with flowers or otherwise decorating the graves of comrades who died in defense of their country,” [1] a day was created. In 1868 it was referred to as Decoration Day, now, however, it’s called Memorial Day.

After World War I the United States changed the date of Memorial Day to the last Monday of May, and also declared that Memorial Day was a federal holiday and not just like any other day. The date might have been chosen because it is the best date for flowers to be in bloom in the North. Most towns or cities in the USA host Memorial Day parades each year. People also go to cemeteries and memorials to pay tribute to those who died.

Some people also wear red poppies in remembrance of those who died in the war, a tradition that began with a World War I poem. Many people also take weekend trips or throw parties and barbecues on the holiday because it is a three day weekend. It is also considered the unofficial beginning of the summer vacation season in the United States.