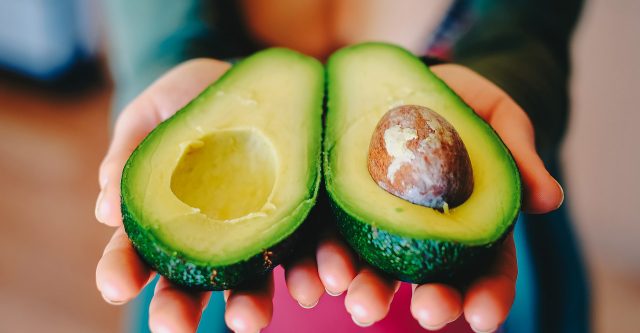 Ripe avocado cut in half.

We all know that the U.S. Food and Drug Administration (FDA) has many suggestion and rules you should be following when it comes to food. Does that mean we follow all of them? Not hardly- there’s a lot of monotonous work when it comes to food safety. Whether that’s storing your milk on a shelf rather than in the fridge door, keeping your refrigerator at 40° F or below, or cleaning your produce before you eat it, following all of the FDA’s suggestions can be a hassle.

Maybe you aren’t as righteous about washing your produce as the FDA would like you to be. After all, the cucumber looks clean and nothing happens after you eat it- unwashed. Washing your food is just one more step in the long process of preparing a meal and can be easily overlooked, especially when you get in a hurry.

Unfortunately, you need to wash your produce. “Pathogens that may be in the water or soil where produce grows may come in contact with fruits and vegetables and contaminate them,” says Howard Seltzer, National Education Advisor for the Food and Drug Administration. “Fresh produce may also become contaminated after it is harvested, during packing or storage for example.” [1]

When you eat the produce that has been contaminated there’s a risk that you’ll get a foodborne illness or food poisoning.

What Does This Mean for Me?

Between 2014 and 2016, the FDA tested whole fresh avocados, testing the skins and insides for traces of salmonella and listeria. Of the 1,615 samples, only 0.74 percent tested positive for salmonella on the avocadoes skin. [2] That number isn’t that bad but there’s still a chance of salmonella getting into your system.

When they tested the 1,615 avocados for listeria, the FDA testing found that more than 17 percent of the fruit tested did have listeria on the skin, but only 0.24 percent of avocados had the pathogen inside.

About 1,600 people get listeriosis every year, normally a result of eating contaminated food, and about 260 people die from the illness. [3] Although Listeria is dangerous for everyone, it’s more of a threat to people with weak immune systems and pregnant women.

What can you Do?

The solution is simple. To avoid being another death from listeria just wash your avocados. Although the FDA only ran this test on avocados, that doesn’t mean that other produce isn’t carrying the same amount, or more, of salmonella and listeria. Wash your produce when you buy them and stay safe.