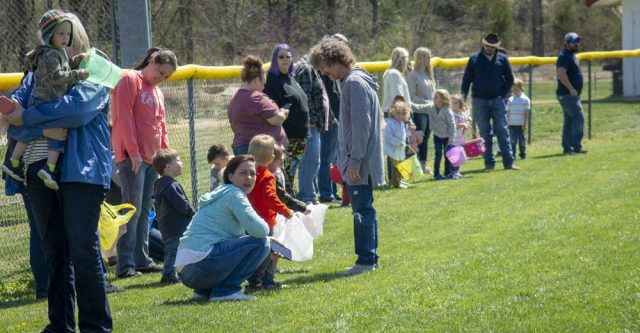 The younger kids get in a line to get the eggs in Alton, Mo.

Easter was just a week ago. With Easter around, egg hunts are also around. The Easter egg hunts held around Oregon County were a big hit. Here’s a review of them.

The Thayer First Baptist Church held an Easter egg hunt on April 3, at the Thayer High School football field. The event brought many people to it.

The Mammoth Spring First Baptist Church held their annual Easter egg hunt at the church on April 4. Several kids of all ages attended and had fun.

The city of Koshkonong also had their Easter egg hunt. The hung took place at the Koshkonong Veterans Memorial Community Park on April 10.

Alton had their Easter egg hunt too. They held theirs at the Alton High School baseball field. Their were more than two dozen kids for the older group and about the same for the younger group.

There was plenty of Easter spirit at the egg hunts.