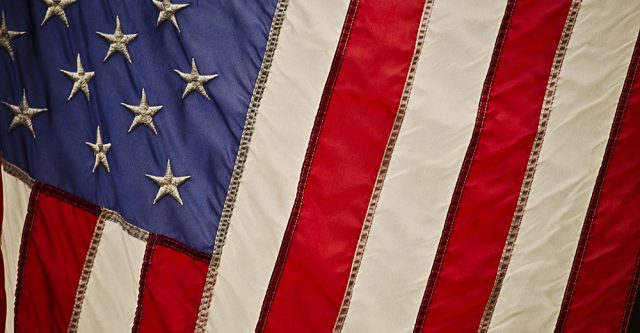 On every holiday we hang out the American flag. On Monday, June 14, 2021, is Flag Day. Have you ever thought about what the flag means?

You may or may not have memorized the Pledge of Allegiance to the flag.

I pledge allegiance to the Flag of the United States of America, and to the Republic for which it stands, one Nation under God, indivisible, with liberty and justice for all.

The Pledge of Allegiance- what does it mean? We are one nation under God. We pledge ourselves to the flag of the United States, not to a government or leader, and the U.S. gives liberty and justice to all. [1]

There’s more to the flag then just the flag. Like in the poem by Henry Holcomb Bennett “The Flag Goes By.” He says “But more than the flag is passing by. Sea-fights and land-fights, grim and great, Fought to make and save the State:” Later in the poem, Bennett says, “Sign of a nation, great and strong To Ward her people from foreign wrong:” It holds the wars fought; it is a sign of a strong country.

The flag has been carried around by different people throughout the years. One famous time was in World War II. The United States Marines were on Iwo Jima fighting the Japanese. They climbed Mount Suribachi and there, the Marines raised the American flag. The U.S. flag has been to space. It’s everywhere you go: on houses, at car dealerships, on ships, at courthouses.

Betsy Ross is given the credit for making the first American flag with thirteen stars and thirteen stripes. But people may not know that Bob Heft, as a high school project, made a flag with fifty stars and thirteen stripes in 1948. But at that time, there was only forty-eight states. Heft had a hunch “that two more states would be added.” In 1949, Alaska and Hawaii were admitted to the Union. Two years later, he was invited to Washington, D.C. by President Dwight D. Eisenhower for the ceremony adopting the 50-star flag. [2]