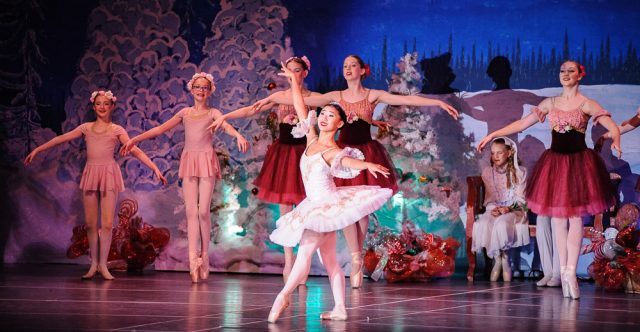 West Plains, Mo. – On December 13, 14, 20, and 21, The Nutcracker ballet once again came to West Plains. This is the fourth annual performance here. The Children’s Ballet of the Ozarks engages people of all ages to participate to make this a success.

History of The Nutcracker

The Nutcracker was originally written in 1892 as a two-act play. Although not an immediate success, its popularity grew since the 1960s. Numerous ballet companies perform this show throughout the Christmas season.

Who Is Children’s Ballet of the Ozarks?

The Children’s Ballet of the Ozarks, CBO, offers a wide variety of instruction for ages two through adult. The instructors do specialize in ballet, but they are not confined to it. They offer classes in jazz, lyrical, modern, hip-hop, creative, musical theater, martial arts, and more! The main facility for classes is in Cabool, Missouri. West Plains also now has classes once a week.

Numerous children, as well as adults, participated in this fun event. Clara was performed by Ayzlee Copling. Her Nutcracker prince was Zane Copling. Drosselmeyer was Emory Zundel. The snow queen was performed by Chalae’ Carter with Nathaniel Carter as her snow king. The sugar plum fairy was Tia Copling.  Children of all ages performed different stages of expertise in the show. After a short intermission, the individual groups came on stage to perform.

Angels and sprinkles made the audience smile. More complicated moves came with the peppermints, Spanish, Arabian, and Mirlintons. The Russians young men demonstrated great strength while lifting four young ladies up and passing them along a line, without dropping!

What a relaxing event for the entire family. This is held at the civic center Friday and Saturday nights with matinees on Saturday.