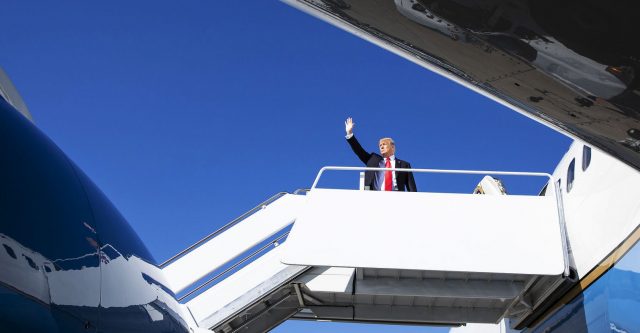 On Friday, a Turkish court released the American pastor Andrew Brunson. This early release might help relieve tensions between the United States and Turkey. Pastor Brunson from North Carolina was sentenced to just over three years in prison for spying and affiliating with terror groups in Turkey. Brunson has since then been in detention for the past two years until on Friday, October 12th; Turkey allowed him to leave their country.

Mr. Brunson’s detention has worsened the tensions between the United States and Turkey for the past two years. President Trump and Vice President Pence have tried to work with President Recep Tayyip Erdogan of Turkey to release the pastor. Some American officials stated that Mr. Bunsons detention was caused by Ankara to have some leverage in Washington concerning the controversies between the U.S. and Turkey.

In a statement on Twitter on Friday, [Secretary of State] Mr. Pompeo said, “Pastor Brunson is finally coming home to America, following a long ordeal for the pastor and his family. We hope that the Turkish government will quickly release our other detained U.S. citizens and @StateDept locally employed staff.” [1]

The Secretary of State, Mr. Pompeo, stated that he was glad to have Mr. Bunson returned to the United States.

“We’re very honored to have him back with us,” Trump told reporters, referring to the release of pastor Andrew Brunson by a Turkish court. “He suffered greatly but we’re very appreciative to a lot of people,” Trump added, saying no deal had been made with Turkey on lifting U.S. sanctions in exchange for Brunson’s release. [2]

President Trump also expressed his gladness at having Mr. Bunson released even though he did not make a deal with Turkey to lift U.S. sanctions.