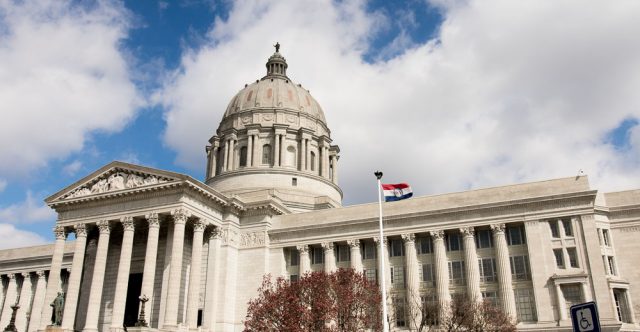 Last year was an election year and multiple of our government officials got elected or reelected. On Monday, January 11, 2021, Missouri’s newly elected or re-elected officials were inaugurated.

Here are some of the elected or re-elected officials for Missouri.

Scott Fitzpatrick was re-elected by 59% for state treasurer and Jay Ashcroft was also re-elected by 61% by the Missourians for the secretary of state. [2]

A 19-gun salute was performed by the Missouri National Guard during the ceremony. The 19-gun salute is reserved for the Vice President, Cabinet members, Chief Justice, governors of states, and general officers in the military of five-star rank, among others.

Today’s inauguration ceremony concluded with a special salute to Missouri signifying its entry as the 24th state in the United States 200 years ago.