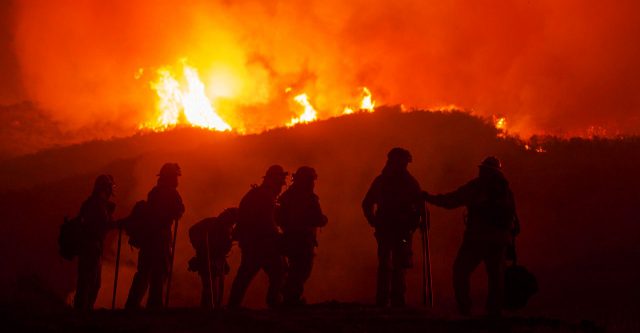 On Wednesday, January 9th, President Trump said that he had ordered the Federal Emergency Management Agency (FEMA) to stop sending California money to help the state deal with the wildfires. This happened a day after the California Governor asked the President for more federal funds to fight the fires.

It has Happened Before

President Trump has made threats about cutting off federal support for California in the past  but has yet to follow through. [1]

A wildfire that happened in early November, in the northern California town of Paradise, was the deadliest U.S. wildfire in a century It killed at least 85 people and destroying nearly 14,000 homes. [2]

On November 10th President Trump complained about the wildfires saying that they were caused because “forest management is so poor” in California. He then proceeded to threaten to take away federal funds to help fight the wildfires but never executed that threat.

There is no reason for these massive, deadly and costly forest fires in California except that forest management is so poor. Billions of dollars are given each year, with so many lives lost, all because of gross mismanagement of the forests. Remedy now, or no more Fed payments!

Now, once again President Trump is threatening to remove federal aid to the state of California. Trump continues to blame the fires on poor forest management.

Billions of dollars are sent to the State of California for Forest fires that, with proper Forest Management, would never happen. Unless they get their act together, which is unlikely, I have ordered FEMA to send no more money. It is a disgraceful situation in lives & money!

I Guess That’s a No

California Governor, Gavin Newsom, sent a letter to the President asking him to double the federal funds for forest management the day before President Trump tweeted that he was ordering FEMA to stop sending money. [3] California has recently pledged $1 billion throughout the next five years to ramp up its forest management. They plan on clearing dead trees and increasing wilderness precautions in the coming years.