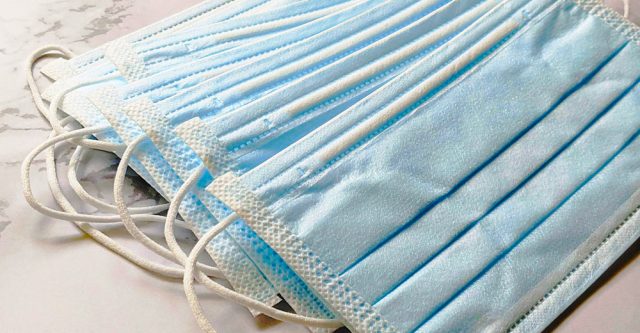 Joe Biden has announced the first item he will implement once in office: mask mandates throughout the country [1]. He wants to work with governors. But he will work through lower state levels when necessary to ensure everyone wears the disease-promoting masks, effectively targeting communities and individuals with all the power of the Federal Government. That’s not a good place to be. Think IRS audit.

This is ridiculous. Biden and those that have bought into his policies will have us running around in space suits soon. Maybe our own “bubble” to live in.

OK, when this all started in February-March, there were doubts. People were fearful of the news of people dying in hospitals in Italy. The shortage of respirators, how fast this virus spread, how deadly it was. Reports were swirling that this was going to kill over 2 million people here in the U.S., and Great Britain was entertaining estimates of over 400,000 thousand deaths in their country attributed to this virus. On top of that, the news was that this virus was, perhaps, a weaponized virus tuned to kill like a weapon of mass destruction.

Given all that, yes, caution was the word. “Flatten the curve” was the watchword, and we did all that was required. But now, fast forward eight months, and we now have reams of data showing this is not that deadly. Deadly? Certainly. But not “shut down the world” deadly. Thank God!

Extended periods of mask-wearing is harmful to both the healthy and the unhealthy [2]. People wear masks and touch items, their faces; they use the same mask repeatedly over many days. Yet, the government thinks this is best. Big government thinks it can control everyone. Dr. Siegel, Fox News medical contributor, [3] said,

I’m worried that mandating this (mask wearing) with fines and such may actually lead to more of a rebellion against it.

Nicole Galloway ran for governor with the idea that masks are necessary [4]. This was after Parson lead the state in January with a 3.1% unemployment rate heading to income tax cuts [5].

Missouri reelected Governor Parson instead of Nicole Galloway because we want to think for ourselves. Parson said, [6]

Are Missourians ready to accept Federal overreach? Will they accept the consequences when the federal government, led by Biden and his administration, withholds funds because the elected officials won’t enforce masks? Or, will we put pressure on our Governor to give in to the Feds? I hope we stand for principle and not cave.

Will we bow the knee to the self-proclaimed all-knowing government (who can’t even balance a budget, count ballots, figure out the actual deaths solely attributed to COVID-19, etc.) to live in fear and bondage to un-proven methods of science the rest of our days, enslaving our children to the idea that these elected people who think that once they are in office, all knowledge of the universe in bestowed upon them? I hope not.

I’m tired of this hullabaloo over a virus. Did America shut down last year during the flu season? The swine, bird (pick your animal) flu? The Asian flu in 1957-? Hong Kong flu in the late 1960s and early ’70s. Those were killer viruses too.

Now, I’m not talking about local schools or nursing homes closing (but the data is now showing schools can open.) But businesses, stores, restaurants, you know, the healthy-not-in-dangering-rest-of-the-population, can they get back to business and live their life? Or will government mandates rule the day?

More “guidelines” that dominate the average citizen (the consumer, the business owners) with no one to appeal to— who’s going to take care of their families? The government? Ha! $25 Trillion in debt and counting.

And, if they are only “guidelines,” why are they “mandatory”? Is a speed limit a “guideline”?

Let’s get the wording correct—Federal overreach.