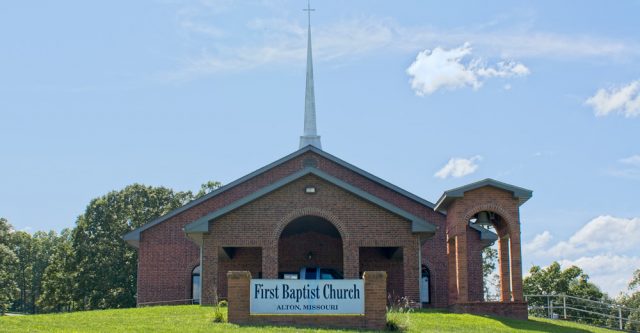 The First Baptist Church (FBC) of Alton held a Christmas Eve Candlelight Service on December 24, 2021, in Alton, Missouri. The service was a success with lots of people coming.

Their was a variety in the schedule for the night, some of which include Bible reading, harp playing, and more.

Clara Keller brought the reason for the season to reality through her harp playing. Two different times she came up to play. Some of the songs included “Silent Night,” “Away in a Manger,” and “In the Bleak Midwinter.”

Janie Webb sang a solo of “No Room” while playing the piano. Pastor David Langston read “In the Bleak Midwinter” poem which was followed by the harp version. Judy Ross Marshall also told a story to the congregation.

Before the lighting of the candles, Pastor Langston read the Christmas story in Luke 2.

The whole congregation sang at the beginning and end of the service with the songs “The First Noel” and “Hark the Herald Angels Sing.”

Nearing the end of the service, candles were handed out to each family and single person. The children in the congregation got glow stick candles.

The service was a success with families and individuals coming. Around two dozen people came to the service.