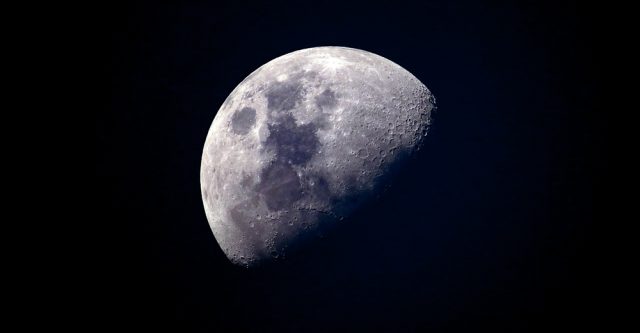 Buzz Aldrin, Neil Armstrong, and Mike Collins, went into space on the Apollo 11 mission to the moon. While landed on the moon waiting, Buzz Aldrin took communion.

His pastor, Dean Woodruff, planned with him in doing the communion. Aldrin sent a letter to the clerk of the Presbyterian church’s General Assembly to see if he could give himself communion. [1] The clerk wrote back saying it was okay.

Woodruff got a chalice (a cup), bread, and wine, for Buzz Aldrin to take to space. Each astronaut was allowed to take some personal items to space, so this was going to be Aldrin’s. Buzz Aldrin also chose some Bible verses to share with everyone. Before he left for the mission, Aldrin and his family, Woodruff and his family, and Tom Manison had a communion at their church.

On July 20, 1969, Neil Armstrong and Buzz Aldrin were in the lunar lander on the moon. The mission command told them to wait a little bit. [2] During that time, Aldrin took communion. He asked for everyone to contemplate the past few hours and for radio silence. Before he ate the bread and drank the wine, Buzz Aldrin read John 15:5, “I am the vine, ye are the branches: He that abideth in me, and I in him, the same bringeth forth much fruit: for without me ye can do nothing.” [3] After reading the verse, Aldrin drank the wine and ate the bread.

The first things eaten and drunk in space, was wine and bread for communion.