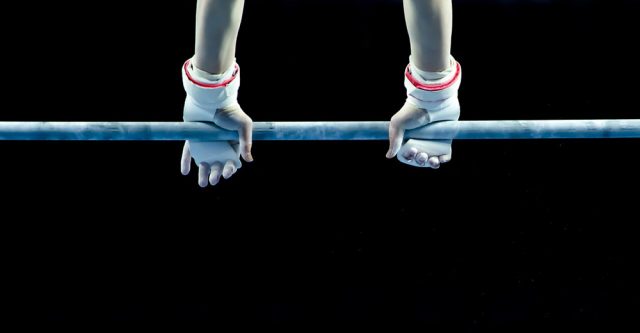 A gymnasts hands on the bars.

Sunisa Lee, native of St. Paul, Minnesota, qualified for the Olympics in Tokyo earlier this year. When Simone Biles backed out of the Olympic Finals to care for her own mental health [1], it was anyone’s game.

The women gymnasts have four events to compete on: vault, uneven bars, floor, and balance beam. It was a close match between Suni Lee and Brazil’s Rebeca Andrade. It came down to the floor exercise. Lee went first then Andrade went. But because Andrade stepped out of bounds, Suni Lee won gold in the all-around. Lee won with a final score of 57.433 points; just .135 points ahead of Andrade. [2]

It wasn’t all happy and easy for Suni Lee. In 2019, her father fell from a ladder and is paralyzed waist down; she broke her foot last year; she also had a close relative die from COVID. [4] But despite all that and being unmotivated, she kept at it and is now a Olympic Champion.

Whereas, we join members of our Hmong American community, along with all those in St. Paul, throughout the state of Minnesota, across our nation, and around the world in celebrating Sunisa Lee, and in thanking her for inspiring all of us. [5]

Suni Lee, Minnesota’s own, has made our state and country proud by etching her name among the legendary USA Olympians that have won at the Summer Games. We’re so proud of you, Suni. Way to bring home the gold! [6]