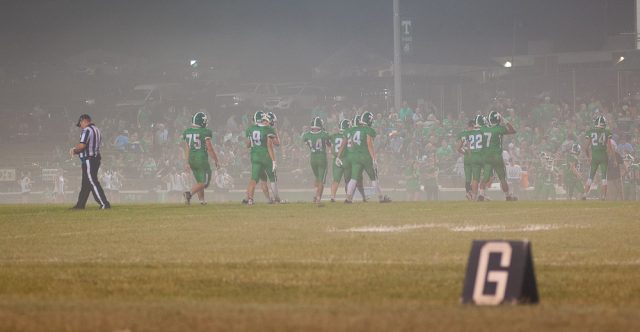 Festus, Mo. – The Thayer Bobcats traveled to Festus, Missouri, on Friday, October 26, 2020, to take on the St. Pius Lancers. The Bobcats beat the Lancers 34-13, even without three key players in Jordan Madden, Landon Madden, and Chris Cray. [1]

On the opening kickoff, Thayer fumbled the ball but recovered it before St. Pius got it. On their second run, the Bobcats quarterback Jayce Haven throws a pass to his receiver. The Bobcats managed to get a touchdown and field goal in the first quarter. [2]

In the second quarter, both teams got a touchdown and the extra field goal to put the score to 14-7 with the Bobcats still in the lead. [3]

A Stand Still For Both Teams

In the third quarter after halftime, neither teams got anywhere. The Bobcats nor the Lancers got any points. [4]

The Thayer Bobcats closed the game 34-13 against the St. Pius Lancers. [5]

The Thayer Bobcats are going to go up against the Willow Spring Bears in Willow Spring, Missouri, on October 23, 2020, at 7:00 p.m. This game will be a conference game for the Bobcats. [6]