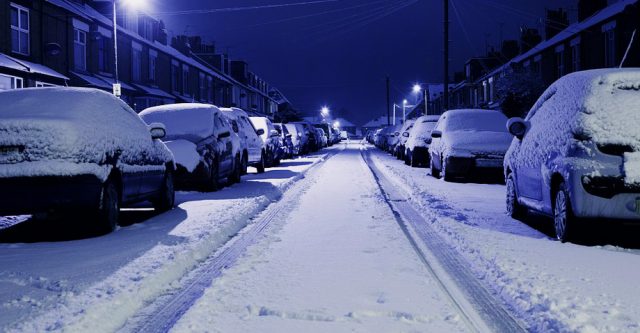 On Friday, January 11th a wintery mix of weather swept the state of Missouri. Northern Missouri experienced more snow than southern Missouri, but ice and snow had covered roads statewide. [1]

St. Louis got 6-8 inches of snow, covering multiple roads and highways and causing many cancelations of flights at the Lambert International Airport. If you’re traveling east of Springfield on I- 44 you should plan on taking an hour-long detour to avoid flooding in Laclede County. For eastbound travelers on I-44, you should take a detour on US- 65 to avoid hazardous winter road conditions. [2]

Here is a quick look at snow and sleet accumulation for this winter storm through 6 AM. The map is an estimate based on reports that we have received #mowx #ilwx #stlwx pic.twitter.com/Sm8hylYcGA

In a Saturday morning press conference, Missouri Department of Transportation official, Bob Becker, said the intensity of the storm made their job keeping the roads clear harder than usual. “It’s impossible for us to keep up,” he said.

One of the biggest winter storms so far this season has dropped snow on eastern Kansas, Missouri, and the central and southern parts of Illinois, Indiana and Ohio, and northern Kentucky. An average of 3-6 inches of snow was forecast through these states, with some places getting over a foot in snow. [3]

Kansas City Missouri is experiencing lots of covered roads in and bordering the city. MoDOT is continuing to try to keep the roads clear, but more snow is expected to fall throughout Saturday.