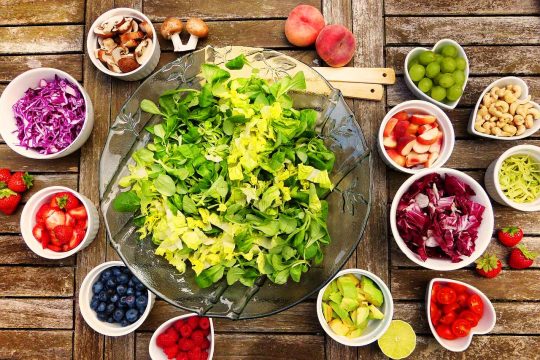 Bowl of salad and fresh vegetables.

On Wednesday, January 9th, FDA Commissioner Scott Gottlieb tweeted that his agency was continuing inspections but was subject to limitations due to the government shutdown. This sparked worry among Americans as millions wonder if their food is safe without the U.S. Food and Drug Administration’s “okay” to everything we put in our mouths. [1]

Starting the third week of the government being shut down, the FDA Commissioner, Scott Gottlieb, sent out a tweet that made millions shudder with fear. “The functions that can most directly impact consumer safety will continue…” Gottlieb said, “…subject to the legal and financial limitations of the current circumstances.”

All of our work at the #FDA is critical, so nothing we stand down is unimportant. But the functions that can most directly impact consumer safety will continue, to the best of our abilities, subject to the legal and financial limitations of the current circumstances .

Should You Worry About Your Food?

This is a question whose answer will change with every person you ask. A food safety expert and consultant at Boto Waterworks (which monitors fruit and vegetable facilities), Sarah Taber, is undisturbed by the FDA’s announcement. She says that the FDA does less than we think it does. “People are freaking out the FDA isn’t going to do its job, that they have a magical force field that’s been extinguished. They haven’t been doing enough for decades.”

On the other hand, some people are more concerned about how this is affecting the FDA and therefore affecting us.

Barbara Kowalcyk, a professor in the Department of Food Science and Technology at Ohio State University, said: “Obviously consumers should be concerned.” Kowalcyk continued by saying that “The inspections the FDA does can identify problems before they have a chance to make people sick. Sure, they’re underfunded, but a functioning FDA is better than what we have today.”

There’s a fly in my Soup

The FDA manages to inspect around 80% of the country’s food supply. [2] This includes things like fruits and vegetables, bottled water, cheese, and prepackaged goods. It does not, however, inspect raw meat, poultry, or any products with eggs, which are reviewed by the United States Department of Agriculture. The government shutdown is currently not affecting those slaughterhouse inspections.

The FDA can’t do everything. Even when the FDA was well in effect, the E Coli. outbreak managed to happen- killing five people and sending hundreds to the hospital. The best thing you can do prevent getting sick is properly handle your foods as well as taking into account your risk tolerance.

The FDA is currently prioritizing its funds on riskier foods such as soft cheese, juice, and fish but does that mean you should quit eating your vegetables and cereal because they’re “low risk” and therefore aren’t a priority right now? Everything you eat has a chance of making you sick, whether or not the FDA inspects it. If it makes you feel better, stick with high-risk-but-inspected foods. Just remember that even when the FDA was checking your food, people were dying from E. Coli and flies were swimming in your soup.