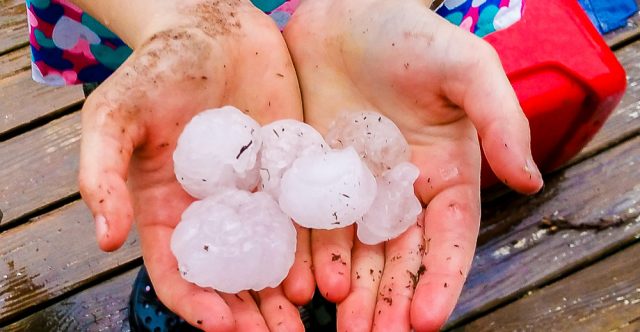 Alton, Mo. – On April 3, 2018 Alton, MO was hammered with a hail storm. After a warm spring day with high winds, forecasters were predicting strong afternoon thunderstorms preceding a cool front coming into the area. Undeterred, residents went about their daily lives without preparing for any storm, let alone a hail storm.

It began to rain

However, late in the afternoon, straight line winds picked up, tossing branches and light objects through the air. These winds held small amounts of misty rain at first, then larger raindrops and finally the hail arrived, beating on the unsuspecting citizens. The city of Alton has had smaller, pea sized hail in the past. But this was much larger, this hail was larger than a golf ball as it was thrown to the earth. Cars and roofs were dented by the force of the falling hail. The sound of the large ice balls echoed loudly upon metal buildings and ricocheted off of closed windows.

Although the icy event was horrific at the time of occurrence, no lives were lost at the this event. Many children rescued hailstones from melting in the spring heat by placing them in containers in the freezer as an eternal reminder of 2018’s cold hail storm.