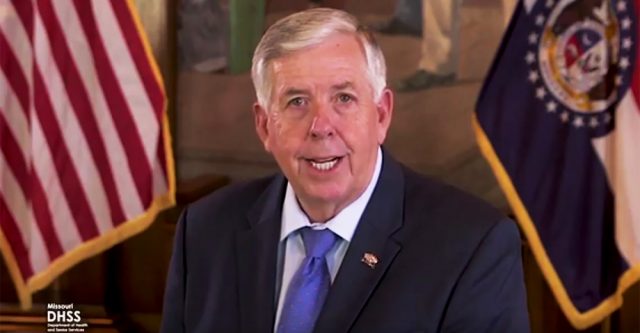 If there is a state of emergency declared, the city may only make public health orders to restrict attendance to businesses, churches, schools, etc. for only 30 days in a 180 day period. [1] If the local officials want to extend the order, they must have a majority vote by the governing officials. If it is not a state of emergency, local authorities can make a public health order for 21 days in a 180 day period. If they want to extend it, they must have a two-thirds vote.

Also in HB 271, it prohibited any county or municipal governments that receive public funds to make people show a vaccine proof card to access transportation systems or other public services.

House Bill 85, signed by Governor Parson on Monday, June 14, 2021, prohibits any state and local cooperation with federal officials that attempt to enforce any laws, rules, orders, or actions that violate the Second Amendment. If anyone knowingly deprive a Missourian of their gun rights, will be liable for redress and monetary damages of $50,000 per occurrence. Governor Parson said that he will stand for the Constitution and the Second Amendment.

Throughout my law enforcement career and now as Governor of the state of Missouri, I have and always will stand for the Constitution and our Second Amendment rights.

Here in Missouri we support responsible, law-abiding gun owners, and that we oppose government overreach and any unlawful efforts to limit our access to firearms. [2]

Kelli Jones, the spokeswoman for Governor Parson, said that the bill is “to protect themselves and acknowledging the federalist constitutional structure of our government.” [3]